Last week marked the beginning of spring (at long last!). It’s a season that calls us to stop and appreciate the beauty of life – flowers blooming, birds preparing nests, grass greening, trees putting on new leaves.

This week, in the home of a longtime close friend, a little human life is celebrating her two-month birthday. She’s already laughing and smiling, melting her mom’s heart and filling her home with joy. She owned her family’s hearts long before she was born, and I think they’ve only grown more in love with her since (if that’s even possible!).

She is precious. Not for being one of the cutest and happiest babies in the world (though she definitely is!). Simply for being human.

Christians often speak of the special value of human life. But what is it exactly that gives human life its unique, intrinsic value? Why should we treat the life of every person, no matter who they are or where they come from, as sacred?

God is the author of life

As Creator, God existed before any form of earthly life, human or otherwise – even before there was a universe to live in. After forming everything else, He turned His attention to humankind: “Then the LORD God formed a man from the dust of the ground and breathed into his nostrils the breath of life, and the man became a living being.” (Genesis 2:7, NIV)

And His life-giving work isn’t over. Just as He brought the first humans into being, He forms each of us with care. He allows human parents to play a role, but He is ultimately the One who brings life about and shapes its development.

Something in which God is so intimately involved – something that so heavily bears His fingerprints – deserves respect. It is essentially a divine gift.

When God created the first humans, He said, “Let us make mankind in our image, in our likeness, so that they may rule over the fish in the sea and the birds in the sky, over the livestock and all the wild animals, and over all the creatures that move along the ground.” (Gen. 1:26) Although we share many features with animals, we are unique as God’s image-bearers and His stewards over life on Earth. We have a unique relationship with our Creator and with our fellow creatures.

And this applies to every person, male and female – regardless of physical or mental ability, regardless of age or stage , regardless of family background or socioeconomic status, regardless even of moral track record. If you’re made of human DNA , you bear the image of God. And nothing you do, think, feel, or experience can change that.

Sure, you can mask the image of God with ungodly behavior and attitudes. Illness or abuse can make it hard to see. But it is still there. And its presence should be acknowledged in how we treat its bearers.

Christ died to redeem every human being

Not only did God make us, but He loves and values each of us. So much so, in fact, that He came to earth personally to save us from our sin so that we never need to be separated from Him. If we need any proof of God’s love, we need only look at the life and death of Jesus of Nazareth, God the Son in human form.

In becoming human, Christ became the epitome of a servant,  sharing directly in human suffering with the goal of reconciling God and humankind. He spent long hours teaching, healing, and spending time with outcasts. He endured hunger, thirst, pain, weakness, fatigue, temptation, danger, and rejection. And then He allowed Himself to be arrested, beaten, and crucified. Hanging on the cross, instead of exacting vengeance or deserting His mission, He gave up life itself to atone for the sin that separates us from God.

He did this for every human being ever born or yet to be. So that anyone – anyone – who wants a life with his or her Maker can have it. If this is how our Maker loved us, how are we His handiwork to treat each other and ourselves?

Life is part of God’s ultimate will through Christ

Christ’s work didn’t end with death. While His death was the sacrifice that atoned for sin, His resurrection made new life possible.

Death is not the end of our story. In fact, it should never have been part of our story. Death is the consequence of sin. When the first humans sinned, they – and consequently their descendants – were no longer allowed access to physical immortality and unhindered fellowship with God. Between this and humans’ ongoing destructive behavior, the universe has been subject to death and suffering ever since.

By rising from the dead on the third day after His crucifixion, Christ initiated death’s demise – a demise that will be completed at His Second Coming, when all who have died will rise and all creation will be renewed.

Knowing how much God values human life should cause us to value it just as much, and to encourage others to do the same.

It should cause us to advocate for the vulnerable and care for the suffering. To demand that people treat each other fairly and compassionately. To insist on protection for infants, care for mothers, respect for senior citizens,  treatment for the sick, and dignity for all people. To proclaim hope to the despairing, guidance to the lost, and support for the struggling.

And when people ask us why we do this, we should be ready to point to the love of God. It is He, the Giver and Director of life, who determines human worth. And He did – on the cross of Christ.

What steps can you take to affirm the value and human dignity of those around you? How can you show them God’s love and care?

This site uses Akismet to reduce spam. Learn how your comment data is processed. 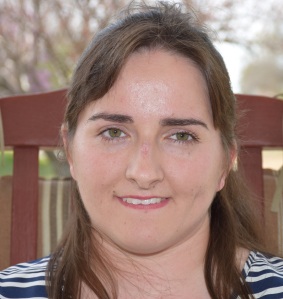