One semester in college, I took an accounting class as an elective. (Yes, an elective. But don’t worry, this post isn’t about finances. So stay with me!)

Indeed, Jesus told more than one story about financial debt to teach about mercy and forgiveness (or the lack thereof). And the Lord’s Prayer uses “debt” and “debtors” to refer to sin and sinners, respectively.

It’s a simple metaphor to help us wrap our minds around these concepts. Because, let’s face it, forgiveness isn’t always easy to wrap our minds – or hearts – around.

Yet it’s vital for us to understand how to both receive and extend forgiveness. Just as a business’ financial survival depends on managing its accounts well, so our spiritual lives depend on addressing ours in a God-honoring way.

So let’s explore this topic a little further.

Forgive Us Our Debts…

When it comes to sin and forgiveness, as in all other things, God is the ultimate authority.  As the world’s Maker, He sets the standard for how we are to live and how we are to treat each other. Sin simply means violating those standards.

Sometimes we sin against other people by not treating them the way God wants us to treat them. In those cases, we should apologize and ask for their forgiveness. But whether or not a sin involves another person, we always need to seek forgiveness from God, the One who tells us to love our fellow humans in the first place.

Why are sin and forgiveness such a big deal? Sin cuts us off from God, our Source of  Life, with whom we were designed to have a close, loving relationship. It throws the created order off balance. It disrupts human relationships. It sets us up for judgment, a chaotic life, and an eternity without God.

The famous theologian Anselm put it this way: As God’s creatures, we owe God an obedient life. After all, He has given us everything we have – right down to life itself, our very existence. We should live that life in a way that honors Him.

However, everyone since the very first humans have disobeyed God in some way. In other words, we have a great big Account Payable in our ledgers. The life we’ve misused is now forfeit to Him who gave it.

Yet because of His love for us, God made a way for our debt to be paid. Since none of us could pay our own debt, let alone the debt of all humanity, God decided to pay it Himself on our behalf.

God the Son took on human form as Jesus Christ. As a human, Jesus became one of us and so could act on our behalf. At the same time, as God, Jesus Himself lived sinlessly and was free of debt.

So when Jesus allowed Himself to suffer and be killed on the cross, His innocent death served as atonement for our debt. His sacrifice had the power to cover every sin ever committed (or yet to be committed) by every human being that ever lived or was yet to be born.

As a result, anyone who confesses their sins and puts their faith in Jesus – believing He is who the Bible says He is and has done what the Bible says He has done and will do – can receive forgiveness and renewed life. Jesus’ sacrifice blots out their debt, and they can have a joyful, eternal relationship with their Creator, unhindered by guilt.

And when they sin along the way – which they will, because even Christians are still works-in-progress this side of eternity – they can confidently ask for forgiveness once they have confessed and repented.

…As We Forgive Our Debtors

There is one important yet often-overlooked caveat to this forgiveness: If we want God to forgive us, we must forgive other people who wrong us.

Maybe it’s about balance: If God is going to clear out our Accounts Payable, we need to blot out our Receivables. Or maybe it’s that we can’t open our hands to receive God’s forgiveness if we’re still clinging to our own unforgiveness.

Sometimes forgiveness is difficult. Sometimes we have to forgive the same debt over and over, long after it was incurred. Sometimes people sin against us so many times that we want to declare a forgiveness quota.

After all, it’s easier to leave the numbers as they are. It might even feel empowering knowing you can knock on your debtor’s door anytime you want, flaunting the bill and demanding compensation.

But in the long run, keeping track of debts becomes burdensome. It consumes time and energy better spent on growing our real assets – peace, joy, relationships. It cannot coexist with love, hope, or humility. And when we face God with a Receivables column that’s anything but empty, He will show us our Payables in kind.

Remember your own debts and the lengths God took to forgive them. Look to the cross and ask for help from Him who chose to go there so you wouldn’t have to bear your guilt. Who, even as the stakes were driven through His body, prayed, “Father, forgive them, because they do not know what they are doing.”

Who welcomed the penitent criminal hanging beside Him into paradise. Who later turned one of His worst persecutors into one of the boldest and truest messengers of His grace. Who continues to save and transform individuals whom many would consider lost causes but in whom God sees immeasurable value.

What about when the other person hasn’t actually sinned – just made you angry?

If there’s an entry in your Accounts Receivable, you still need to address it. Maybe it’s there unfairly – you know you really have no right to be angry. But you can’t just ignore it and pretend it’s not there.

Instead, acknowledge it to yourself and God. Then let it go.

You might even have to do this over things God Himself has done or allowed. No, God never sins – it’s impossible for God to violate His own standards or owe Himself anything.

But sometimes we feel like He owes us something. We write in our ledger: God – a peaceful life, or God – that perfect job, or God – an explanation for that thing that keeps me up at night. We might not be as bold as Job and say everything we feel like saying to His face. But there’s still that line lurking in our ledger.

In that case, we must honestly confess how we feel, then acknowledge the truth about who God is and ask Him to give us peace and perspective.

Corrie ten Boom, a Dutch woman imprisoned by the Nazis for helping Jews during World War II, was approached decades later by a man who turned out to be one of her former prison guards. The man had since become a Christian. Now, he extended his hand and asked for her forgiveness.

Corrie felt frozen and powerless to forgive. But she knew God expected her to forgive. So with a silent prayer, she took the man’s hand. And suddenly, she felt she could forgive – gladly.

Forgiveness doesn’t mean condonement. It doesn’t mean excusing the other person’s actions or trying to forget what they did. And it doesn’t give them permission to repeat the harmful behavior in future.

Forgiveness means that we no longer expect personal satisfaction from the consequences others face. Our inner peace and balance no longer depend on them and their story.

We can hold offenders accountable. And we can act to protect others. But our hopes don’t hinge on a certain outcome, and if the offender repents, we are able to rejoice. Whatever they do, we can treat them as Christ would.

Because He alone is our hope and peace. One day He will set all things right and make all things new.

In the meantime, we can live free from guilt on the one hand and bitterness on the other. We can know that in Christ we are completely forgiven, and have the power to completely forgive others. We have been redeemed, enabled to live with untainted joy, gratitude, and mercy.

What a blessing! What a Redeemer!

2 thoughts on “Records of Wrongs”

This site uses Akismet to reduce spam. Learn how your comment data is processed. 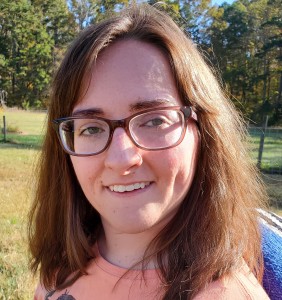 If you’re a Gospel-believer, you’re also a Gospel-bearer.
Happy Friday from one of my best sources of blog post inspiration! (Thanks, Tobin!) 🐴
Have you ever felt trapped by circumstances beyond your control, in a position where your options were nil and your actions seemed pointless?
The other day, I presented God with a small request. You know, the mundane, everyday kind that doesn’t really matter in the grand scheme of things, but would be really convenient if granted.
Happy #IndependenceDay! 󰑔
Sometimes we just can’t.